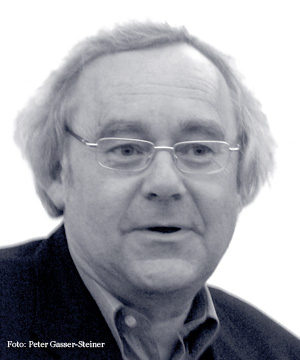 The Non-dualizing Philosophy
of Josef Mitterer

When the Austrian philosopher Josef Mitterer handed out his dissertation Sprache und Wirklichkeit. Eine erkenntnistheoretische Abhandlung [Language and Reality: An Epistemological Treatise] to some colleagues for feedback in the late 1970s, the reactions varied between incomprehension, friendly rejection and a straight “he must be joking.” Disappointed by some rather hostile receptions (some even called it a “danger to academic philosophy”) he turned his back on academia. Mitterer followed the suggestion of Ludwig Wittgenstein, who wrote in Vermischte Bemerkungen, “The greeting among philosophers should be ‘Take your time’,” and did not publish the book version of his dissertation until 1992, under the title Das Jenseits der Philosophie. Wider das dualistische Erkenntnisprinzip [The Beyond of Philosophy: Against the Dualistic Principle of Cognition]. In 100 theses he developed a non-dualizing epistemology, which forgoes the categorical distinction between language and reality beyond language. This book was to become the first in a series of three. The second volume, Die Flucht aus der Beliebigkeit [The Escape from Arbitrariness], published in 2001, is a critical assessment of the traditional goal of philosophy, i.e., truth. The last volume, Die Richtung des Denkens [The Direction of Thinking] is in preparation and will deal with a critique of the object-orientation of epistemological thought.

Josef Mitterer was born in 1948 in the small Tyrolean village of Westendorf, Austria, which is better known for skiing and tourism. He studied psychology, sociology and philosophy in Innsbruck, Linz, and Graz, and spent some time at the London School of Economics, Heidelberg University and the Inter-university Centre Dubrovnik. In 1976 he went to study with Paul Feyerabend at the University of California at Berkeley where he continued to develop his philosophical ideas. In 1978 he obtained a doctoral degree from the University of Graz with a dissertation he wrote with Rudolf Haller, entitled Sprache und Wirklichkeit [Language and Reality]. After his studies – and due to the reasons mentioned above – Mitterer turned to an entirely different domain, namely tourism, and worked as a professional tour guide in Europe and Asia and later as a management consultant for tour operators in the United States and Canada. He condensed his experiences in the travel world into the essay Der König von Frankreich lebt oder die Wirklichkeit auf Reisen [The King of France is Alive or the Reality of Travel], which was republished as The Reality of Travel. Since 1990, Mitterer has been teaching philosophy at the University of Klagenfurt in southern Austria.

In 1988 Mitterer published the article Abschied von der Wahrheit [Farewell to Truth] in the German philosophical journal DELFIN, which was mainly a platform for constructivist thinking at that time. This publication brought Mitterer into contact with Ernst von Glasersfeld and slowly introduced non-dualistic philosophy to constructivists. Mitterer’s main thesis in the paper was the idea that descriptions in debate do not fail when confronted with objects, but rather fail against new descriptions. Constructivists felt addressed. But Mitterer irritated them when he included in his 1992 book a sharp criticism of the neurobiological foundations of constructivism, especially of Humberto Maturana, Francisco Varela and Gerhard Roth. Since then, the scientific community has seemed to be uncertain as to whether Mitterer should be labelled a constructivist or a critic of constructivism.

For a brief introduction to Mitterer's philosophy, see

For a more detailed discussion of Mitterer's philosophy, check out

Stefan Weber (2008) The Object of Description is the Description of the Object So Far: Non-dualism and Beyond. Constructivist Foundations 3(3): 140-147.

For a critical discussion of Mitterer's philosophy, see the target article

Created and maintained by Alexander Riegler and Stefan Weber.